One of the many things I'm selling on Facebook Marketplace, is a very rare vintage trading card of the legendary Brian Clough. 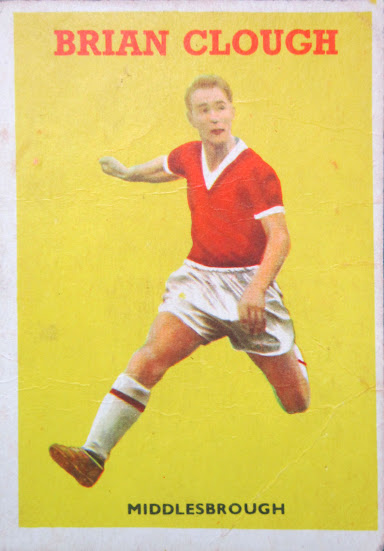 The card is from the Footballers series produced by A&BC in 1959, and shows Cloughie in his playing days with Middlesbrough. 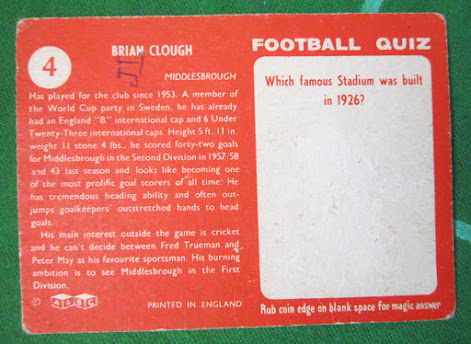 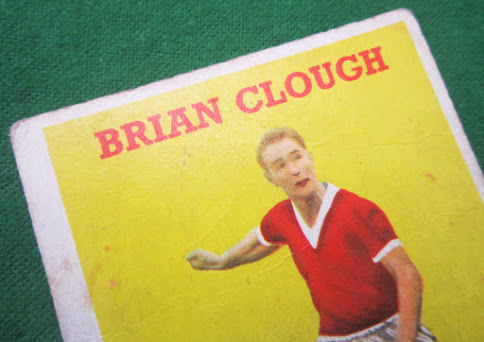 His career as a player is often overlooked, as he'll always be remembered for his stellar feats, and antics, as a manager. But he was a prolific striker with an extraordinary goal scoring record, and would've achieved all sorts of records had his career not been cruelly halted by injury.

He played for Middlesbrough and Sunderland between 1955 and 1962, bravely trying a comeback from his injury in 1964.

Finishing with the eye-watering record of 267 goals in only 296 appearances, he then embarked on his trophy-laden managerial career.

The card is framed, and attached within the frame by corner mounts, meaning the card could be taken out and viewed, as it hasn't been stuck down. 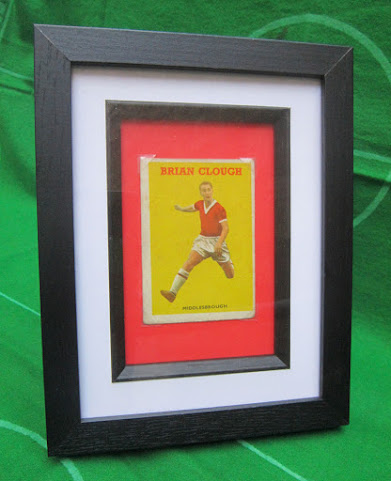 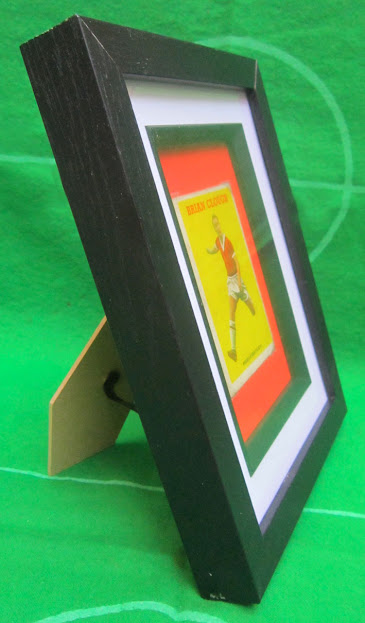 They are hard to find these days, so is a nice bit of football memorabilia for a nice price of only £12.