Hello everyone and hope you are having spooky Sunday!!
Thought I would post a couple of Halloween horrors for you........

Here is Berry Pomeroy Castle in Devon, reputedly one of the most haunted castles in Britain.
There are many ghostly tales told about this place and it certainly has a strange atmosphere. 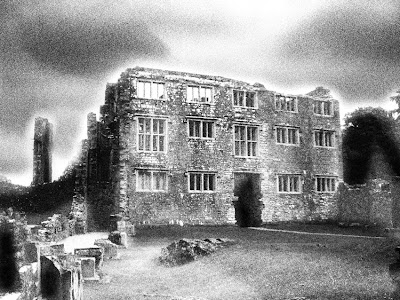 And here is a collage of more spooky places I've ventured to. Including Highgate Cemetery and Edinburgh. The arch comes from the abandoned church at the end of my road, which can look pretty scary at night! 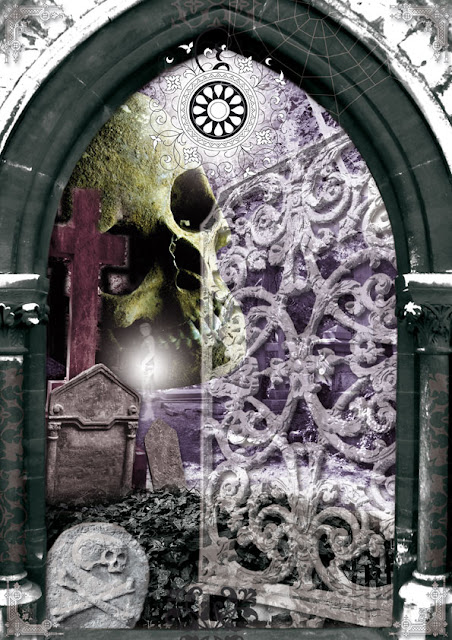 I'd like to introduce you all to the latest acquisition to the Matt Artpix empire – Mavis the Waitress!

I found her wandering around the fabulous Battlesbridge Antique Centre and thought I would find her a new home.

The good news is that you can meet her at the upcoming HANDMADE AND VINTAGE FAIR at Leigh-on-Sea Community Centre on November 27th.
She will be at the Matt ArtPix stall handing out sweets and sugary delights. Come and say hello! 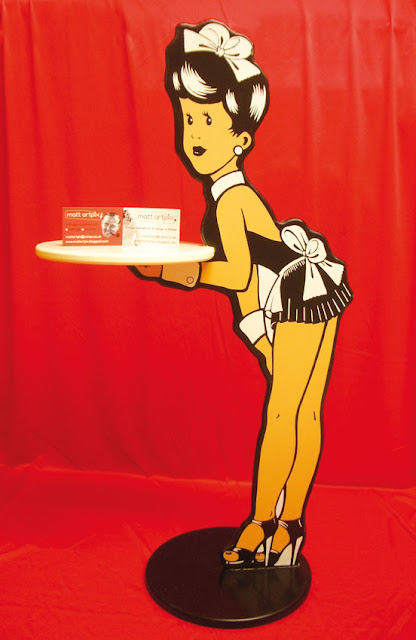 AN AFFAIR TO REMEMBER

GREAT NEWS!!
Matt ArtPix is proud to announce that I will be at the next HANDMADE AND VINTAGE FAIR at Leigh-on-Sea Community Centre on 27th November.

Of course it's perfect timing to get those pesky Christmas presents, or even better, buy yourself something... safe in the knowledge that you will be getting something original and vintage inspired! 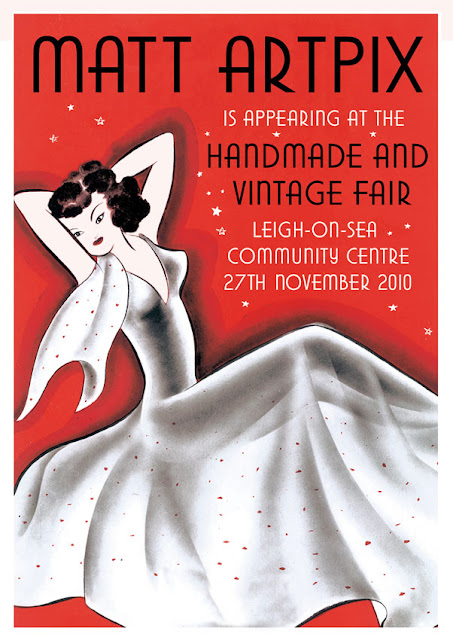 Just been to the Camille Silvy exhibition at the National Portrait Gallery in London.
He was an innovative 19th century photographer who was a marvel at manipulating pictures.

Ever tried taking a photo as it's getting dark? Then have a look at this photograph of a man buying his evening paper, and remember, it was taken using a primitive camera in 1859.


Camille achieved the effect of early evening using four different negatives when printing. Basically, he took the photo four times at different times of the day and put them together.
In today's world we would use Photoshop to do that. Every pic you see in every magazine or advert has had some Photoshop done on it.

I'm no stranger to it myself, both at work and play. Take a look at these and see what you can do to a simple photo...


So hats off to Monsieur Silvy, he really was the original Victorian Photoshopper. Amazing to think he was doing it 150 years ago.
Posted by Matt ArtPix at 13:25 No comments: