Purple is THE colour for 2022, so impress everyone you know with this purple bookcase!!! 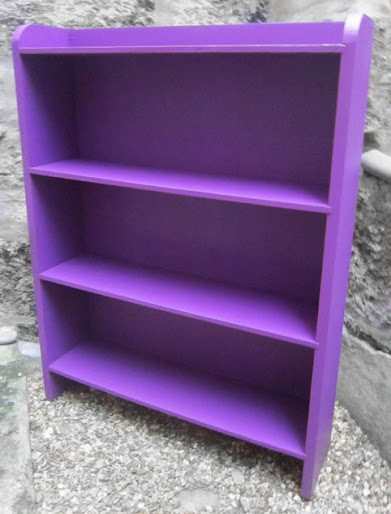 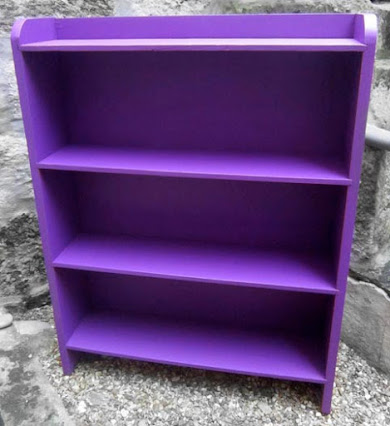 This gorgeous vintage bookcase now looks even better, and being purple also gives it a retro 60s feel as well.

Got a Fabulous Forties wooden sewing box table for sale! 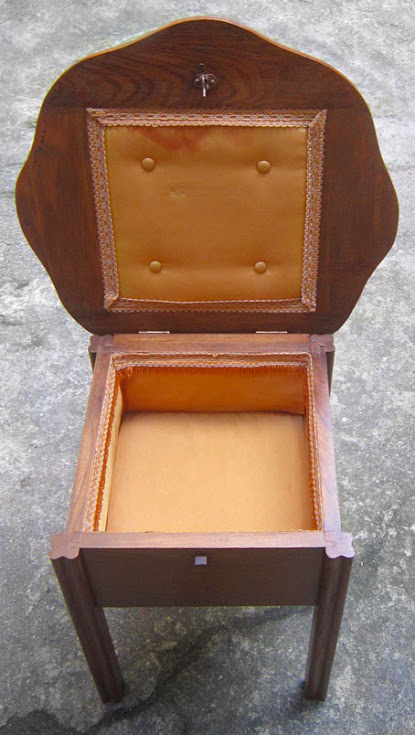 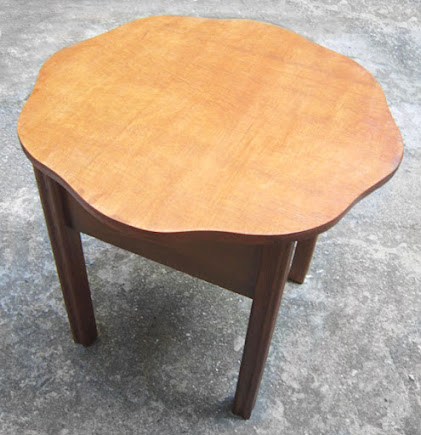 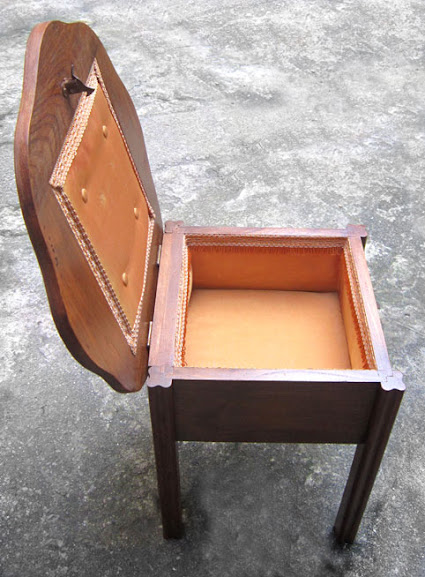 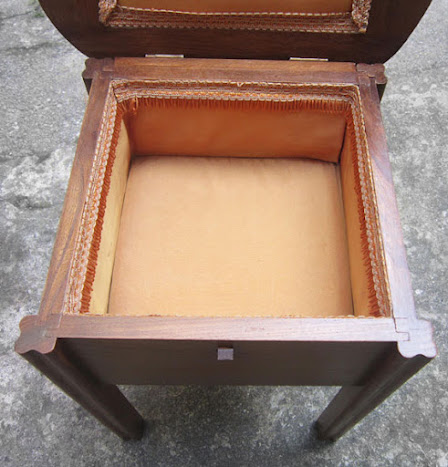 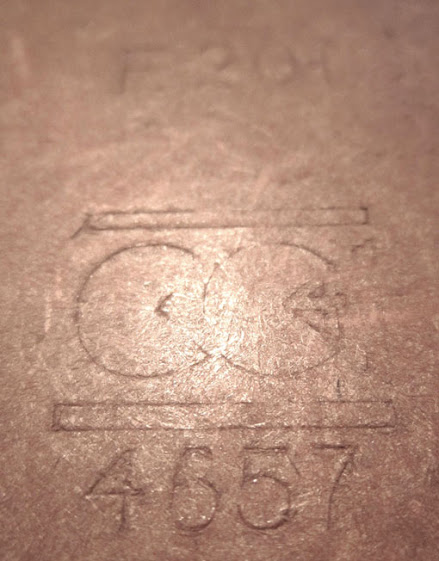 Underneath it has the CC41 logo, which dates it to 1942-1952, as it would have been part of the Utility Furniture Scheme.

It has an unusual curvy top, which underlines the scheme's goal of producing simple, but stylish furniture.

If Mid-Century stools are your thing, then lucky you, I've got these for sale!!!

All are from the 1950s and 60s, and all have completely different designs. 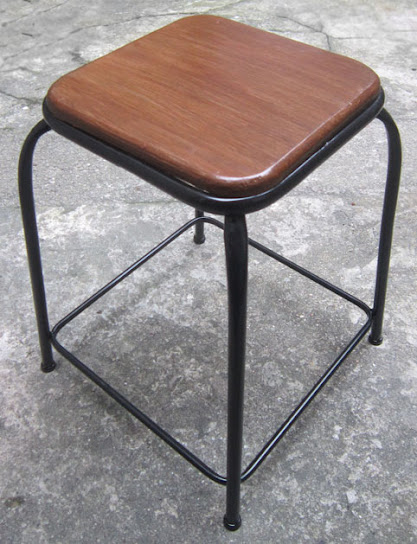 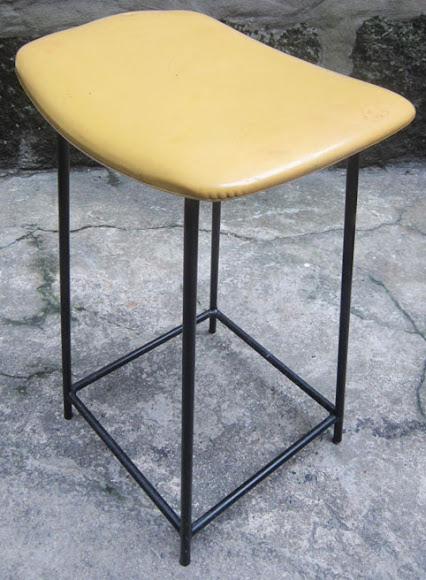 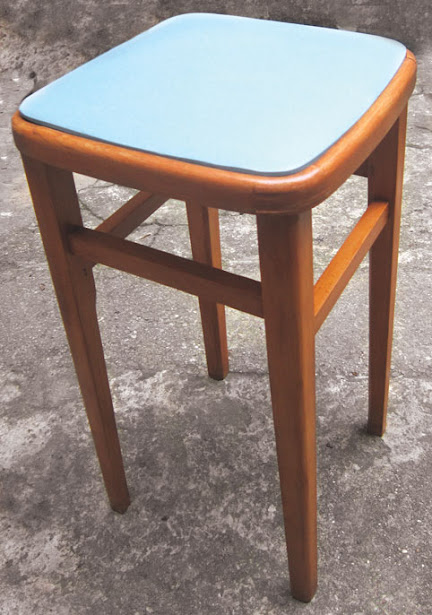 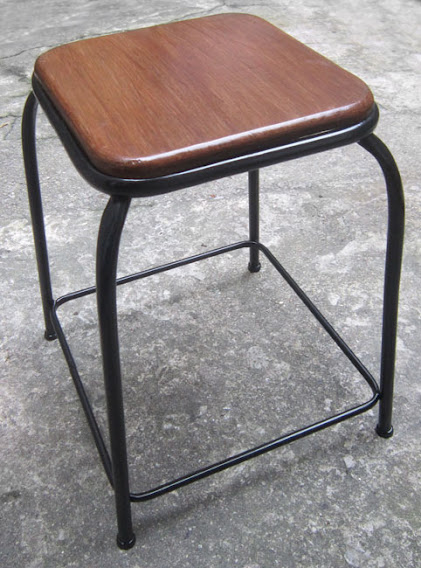 Bit of a 50s industrial look on this one! Really unusual shape, and with a great yellow vinyl seat! 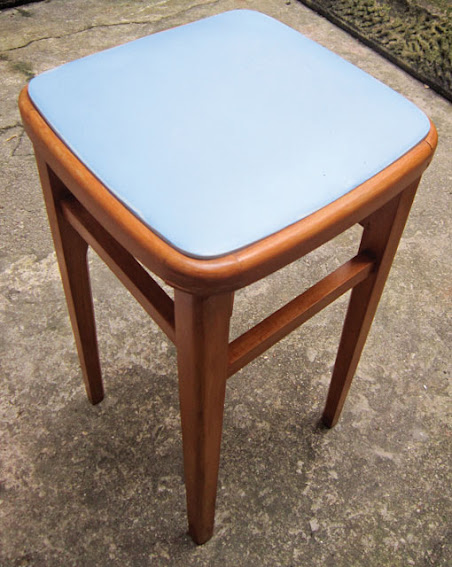 Classic 60s kitchen stool, but this one is made by Centa, and has original stickers on it!

I saw the other day that Chelsea were pioneering 'Safe Standing' at their Stamford Bridge ground.

Terraces are back in the Premier League!!!

Although it looks like you have to stay in the place you are allocated, meaning friends and singing fans still can't group together, and you also have an annoying barrier in front of you. Which would surely make it unsafe in an emergency, when you need to get out quickly?

It all just means that you are now officially allowed to stand up the whole game, and not have to worry about people behind you moaning, or an over-excited steward telling you off, or chucking you out!!!

It made me think that I was at the last game at Stamford Bridge when there were still terraces.

May 7th 1994, the last game of the season and I was standing right in the middle of The Shed end terracing, (as usual), watching us play Sheffield United. They were battling to win the game to stay up, and we were just a week away from our first FA Cup final in 24 years. 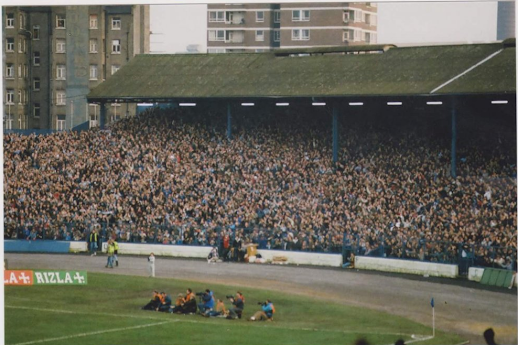 Funnily enough we didn't know, or I certainly didn't, that this was the last time the infamous Shed end would be open. Which meant there were no poignant ceremonies marking the end of the iconic terrace, which was a huge part of the Chelsea story. It was such a shame. People would probably have tried chipping bits off it as souvenirs, I certainly would have, but it was suddenly not there anymore come the following season.

It had stood there since 1905, being part of the original stadium designed by Archibald Leitch.

I loved the fact it had been built in Edwardian times, before the First World War, still going strong, with barely any improvements since then. Barring of course, the funny lop-sided roof that had been added in 1930, hence the name 'Shed'. The atmosphere, sights, sounds, continuous singing, funny comments, and elements of danger in there was always brilliant.

A little of my enthusiasm for the game died when I couldn't go in the Shed anymore, going to games has genuinely never been as exciting. A bit like going to gigs in modern times, when you are now miles away from the stage, have a huge barrier in front of you, and stewards ruining your enjoyment of the occasion.

Of course terraces are still at most grounds further down the football ladder, and long may that continue!

Have been busy over the holidays seeking out and gathering new stock for the new year! 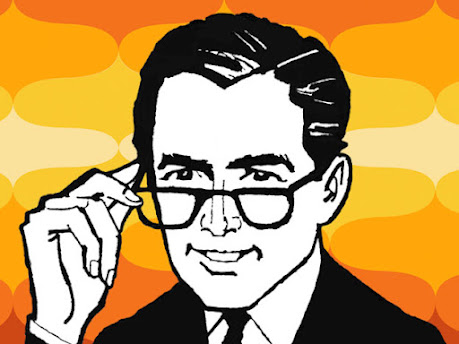 I've now got a huge stash of retro football programmes, and some brilliant vintage and Mid-Century furniture to restore and upcycle!

The programmes will be perfect for my unit at The Customs House in West Bay, Dorset.

And I'll bring along the furniture to this year's vintage markets, the first of which is the LANGPORT VINTAGE MARKET on 12th February. 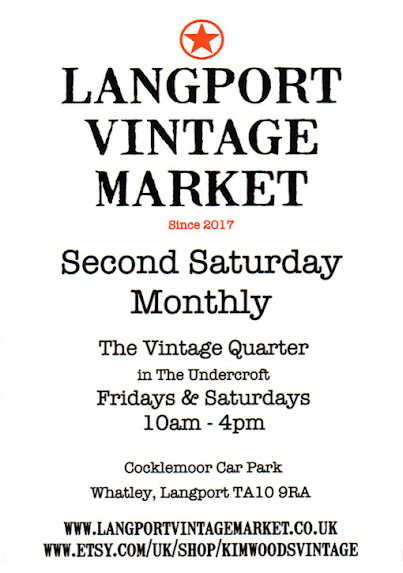