What an amazing weekend I had at Hyde Hall!

The 2-day extravaganza at the glorious gardens went brilliantly. Nestled in amongst some very talented people in the E-Barn, I was really chuffed to be there. And the punters started rolling in right on 10am, proving how highly regarded these events have become.

Being in such a lovely setting as these gardens, it was so good to be able to have a wander around and take in the fabulous flora and fauna! And to have a natter with the other stallholders!

Sunday's weather forecast wasn't looking very promising, but despite the threatening skies and heavy showers, it turned out to be even busier!

Strange how sales can go, Saturday's crowd were mostly buying cards from me. But Sunday's were buying all sorts of things from my stall! I sold loads of framed pictures, including a lot of my SEASIDE SPECIALS. One of which, I was told, is going to end up in a downstairs loo!!
And the RETRO FOOTBALL cards were absolutely flying off the shelves!

As always I met some great people. Each with their own different stories, reactions and feedback. Someone who had a couple of Tretchikoff paintings hanging on their wall, wanted my 1950s collage to go with them, wow!


Was a shame to pack up the stall in the end, as I was enjoying myself so much, hopefully I'll be back there next year!

Remember everyone, I'm at THE ESSEX CRAFT & DESIGN SHOW this weekend!

Come along to this fantastic 2 day event at the RHS GARDEN HYDE HALL. I'll be amongst over 50 stunning artists and craftspeople, all set in the most beautiful of locations.

Check out the website here for more information:
http://www.essexcraftanddesignshow.com/

For a run down of who is appearing go here:
http://www.essexcraftanddesignshow.com/hyde-hall-exhibitors.html


I seem to be listed as "Vintage inspired art art deco artwork", which is kind of right!

Have had a spectacular cultural feast recently!

First up I went to the Cartoon Museum to see the exhibition on the cartoonist H.M. BATEMAN.
He was famous throughout the 1920s and 30s for his innovative wordless cartoon strips and hilarious social faux pas illustrations.
Fascinating to see his original drawings and sketchbooks. And to marvel at his often simple line drawings that have such an assured line and fabulous observation.

Incidently, you must visit the Cartoon Museum! Tucked away around the corner from its illustrious neighbour the British Museum, it’s one of London’s hidden gems. It may be tiny, but is packed full of original and famous cartoons from Punch to up-to-the-minute modern cartoons.

Spent last Wednesday evening at the SALON in Chalkwell Hall. The splendid series of literary events organised by Metal. This event’s theme was the Thames Estuary. That brooding and mysterious stretch of water familiar to us all!
We were treated to four different speakers, all of whom had a connection with or a piece of work about the Estuary. Germander Speedwell, a gifted wordsmith, wove together names, places and emotions from the Essex and Kent sides of the water. Frances Lord told us about an art project on the strange and wild Isle of Sheppey. Photographer Simon Fowler showed his beautiful and haunting photos of the Estuary, some of which were taken from his balcony on Southend seafront!
My particular favourite speaker was the artist Stephen Turner. He spoke mostly about his fascinating stint on the Maunsell Sea Forts way out on the mouth of the Estuary. He spent 6 weeks, utterly alone, on one of the World War 2 towers, scrupulously picking away at the debris left behind. His time there produced some incredible finds, photographs and thoughts. Check out the amazing blog he did whilst there.


Next evening I was up at the Barbican in London for the BAUHAUS: ART AS LIFE exhibition.
A comprehensive look at the stunning work produced at the influential German school. I’ve always loved the graphics, typography, metalwork, furniture and architecture from the Bauhaus, but I was surprised to see there was so much more going on there! Absolutely loved the stage costumes, experimental photography, woodwork, sculptures and clothes. Their philosophy and innovation were way ahead of their time and still resonate today.


Last but not least was a trip to the Forum in Kentish Town to see U.S. Industrial Metal legends MINISTRY. I haven’t looked forward to a gig so much for ages! And they didn’t disappoint... From start to finish it was a battering ram assault on the senses. Musically and visually they have always been something special. Singer Al Jourgensen really looked like he was enjoying himself, even popping down into the crowd to greet everyone pressed up against the crush barriers, including me!
A final encore of old favourites, Thieves, Just One Fix, N.W.O. and So What sent us staggering out into the London night with ears buzzing.

But what a night!

Very pleased to announce two new special dates for you!

First up is THE ESSEX CRAFT & DESIGN SHOW on July 28th/29th.
I'm very proud to be part of this fantastic event, all set in the beautiful Royal Horticultural Society gardens at Hyde Hall in Rettendon, Essex. This is a two day event featuring the very best in art, photography, ceramics and crafts.

Next new date is the very special VINTAGE VOGUE – FASHION & LIFESTYLE FAIR on September 9th in Brentwood, Essex.
This amazing fair is always a great day with its own unique atmosphere. Very pleased to be back there once again. 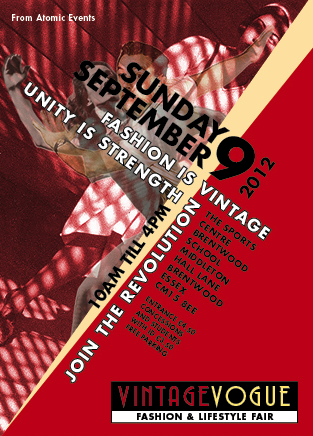 So here is a little reminder of all my tour dates coming up, make a note in your diaries!!

The sun just about stayed out all day for the BETTY BLUE EYES VINTAGE & HANDMADE FAYRE at Leigh-on-Sea yesterday!!!

We had a steady stream of customers and I was very pleased at the response of my new pictures and cards. My new BEACH BABES range did very well again.
Once again it was great to see so many familiar faces and have such a great time there. I also made a few more contacts and new customers!


Looking forward to my next fairs now! 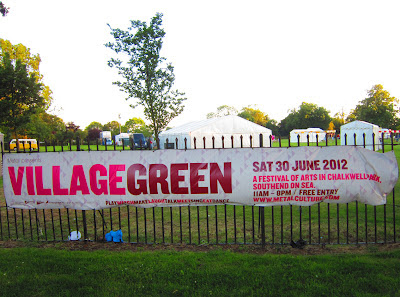