This Saturday I'll be at the SECRET VINTAGE FAIR at the stunning Colchester Town Hall!!

It's going to be a fantastic day, with absolutely loads of amazing vintage traders, live music, café and a whole lot more, all held in the stunning Victorian Town Hall.

What a perfect way to do your Christmas shopping! And once you've spent all your money, you can enjoy the switching on of Colchester's Christmas lights at the Town Hall later in the day!

I'll be up on the 2nd Floor in the Moot Hall, so come along and find me and say hello!!
And of course, check out all the goodies I'll have on offer as well!

See you there for a vintage Christmas! 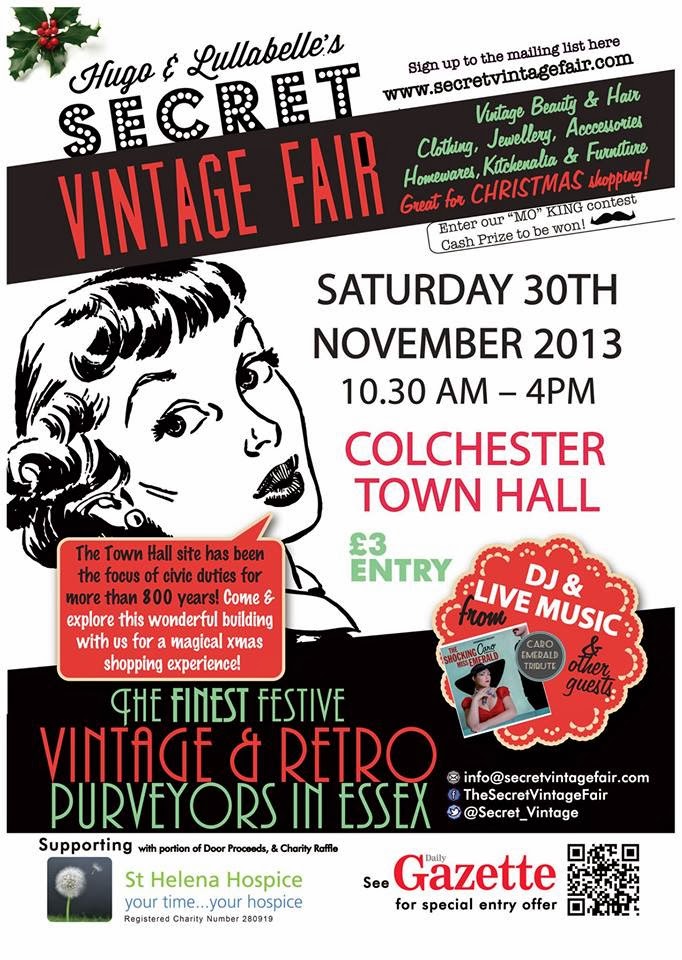 Yesterday I went to the splendid CARTOON MUSEUM in London to have a peep at THE AGE OF GLAMOUR: R.S. SHERRIFFS' STARS OF STAGE AND SCREEN.


WOW, what a show!!
I must admit I'd never heard of him before, but was intrigued when I saw the poster featuring Greta Garbo ages ago.
Any exhibition they put on is worth going to see, but this one was such a surprise.


R.S. specialised in portraits of the stars, not dry and boring ones, but action-packed and fantastical portraits! They are full of life and the subject would often be in situations they would be playing in the film or stage play they were starring in.

The exhibition features his most iconic work from the 1920s and 30s, and every drawing has a distinctively modernist Art Deco feel to them. The sheer imagination and confidence of the artist jumps out at you.

All your fave stars of the era are featured, stunning cartoons of Clara Bow, Charlie Chaplin, Gloria Swanson, Laurence Olivier and an amazing portrait of Charles Laughton as Henry VIII are just some of the highlights.

So do go and pop along and have a look. You still have plenty of time as it finishes on Christmas Eve.
The Cartoon Museum is one of London's hidden gems!

THE SECRET IS OUT!

The venue for the next SECRET VINTAGE FAIR on November 30th has been revealed.....


It will be held in the stunning Victorian splendour of the Town Hall, right on the High Street!
Perfectly placed to do your vintage Xmas shopping and then see the town's Xmas lights switched on later in the day!!


It will be a brilliant day, see you there! 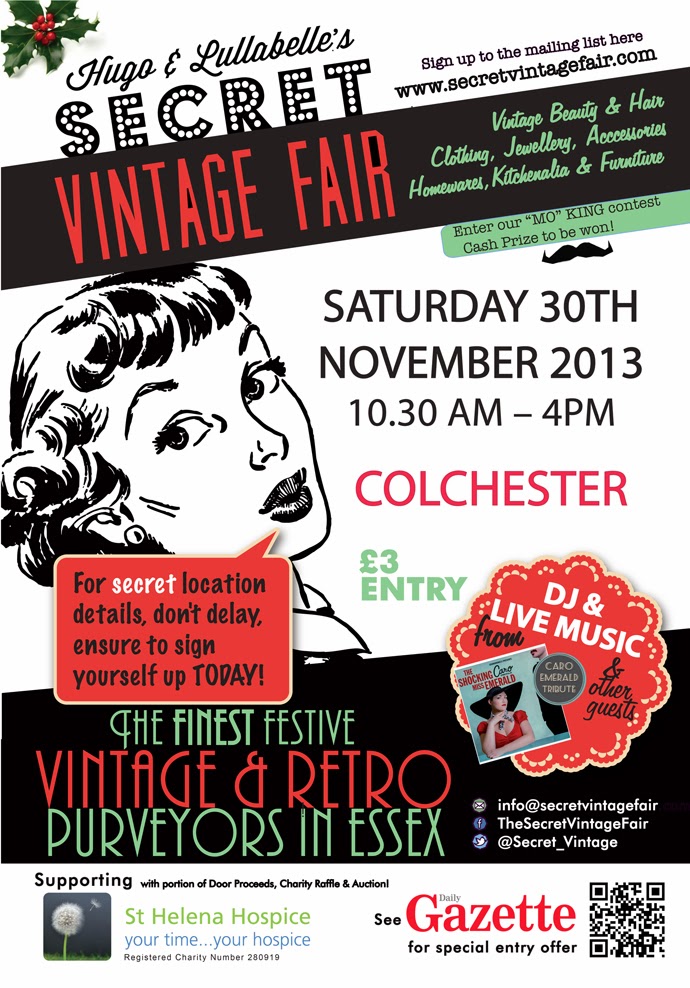 On yet another trip to the wonderful Antique Market at Covent Garden I found this amazing print.... 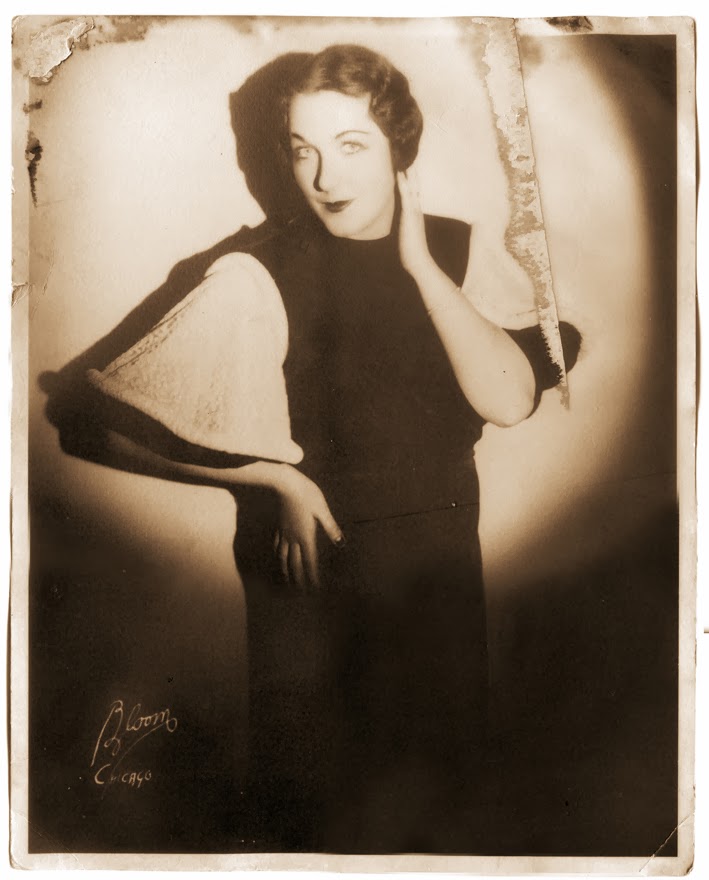 As I trawled through a huge pile of old prints and photos, I found this mysterious lady. Although it's a bit bashed, with a strip of paper stuck to it, I was drawn to this picture.

It's actually quite a big size for a print, measuring 28cm deep x 23cm wide, and is in a gorgeous sepia tone.

Looking at her hair, clothes, make-up and even the lighting, it must have been taken in the 1930s.

The only tantalising clues are a photographer's name, and on the back, an address and phone number for an agency. First up is the photographer, all it says is: Bloom, Chicago.
A quick mooch around the internet only found one reference to a Bloom, on a website with a gallery of the Ziegfeld Follies. With several portraits of the dancing girls on there by him/her.
So she could have been a Ziegfeld Girl??

The agency mentioned on the back is the Robert Luff Agency of Carlton House, Regent Street, SW1. Phone Number Whitehall 6520.
Again after not a very exhaustive search, the only reference I found was an estate agents in Worthing!!

So did this London based agency have a possible American dancer on their books?

I guess we'll never know, not unless someone out there can help me...

WE WILL REMEMBER THEM 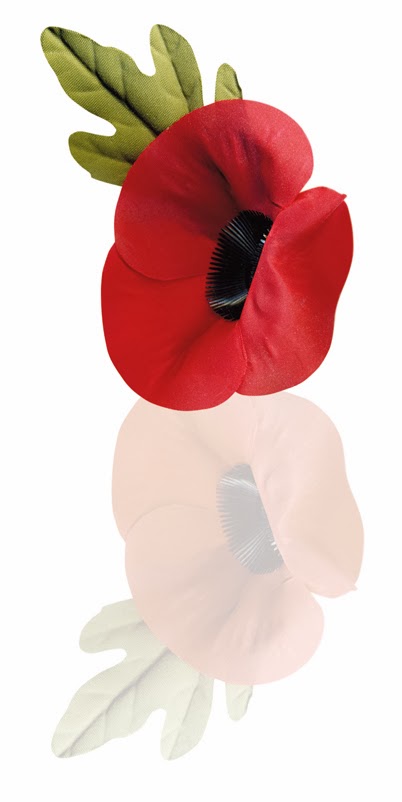 November 11th is a time to take notice of that war memorial you always walk past without stopping.
Perhaps check out all those poppy wreaths laid at its base and maybe even have a look at all those names inscribed on it. Then remember them. 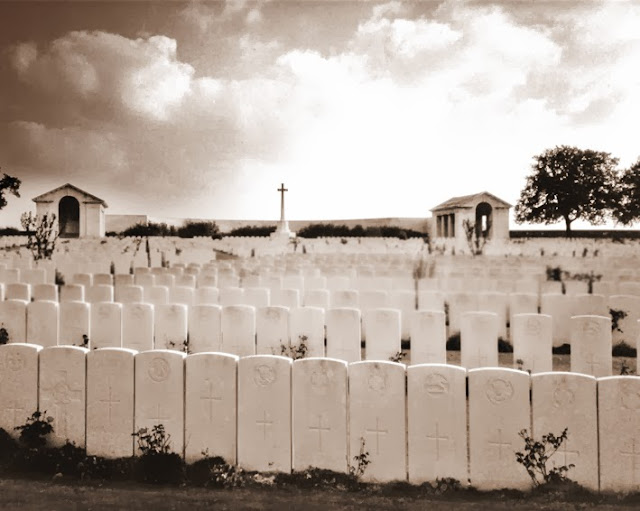 As the clamouring starts next year with the 100th anniversary of the start of the First World War, I do sincerely hope that history won't be rewritten to suit modern eyes. A lot of preconceptions about the Great War are rightly being questioned and studied, but I wonder how many battles and generals will suddenly start to be heralded as major triumphs and heroes.

Some historians have already claimed the Battle of the Somme was a triumph. It wasn't. It was slaughter.

There is a fantastic poem by Siegfried Sassoon called Editorial Impressions, which is a biting response to how the Press wrote about the war.


Editorial Impressions
He seemed so certain 'all was going well',
As he discussed the glorious time he'd had
While visiting the trenches.
'One can tell
You've gathered big impressions!' grinned the lad
Who'd been severely wounded in the back
In some wiped-out impossible Attack.
'Impressions? Yes, most vivid! I am writing
A little book called Europe on the Rack,
Based on notes made while witnessing the fighting.
I hope I've caught the feeling of 'the Line',
And the amazing spirit of the troops.
By Jove, those flying chaps of ours are fine!
I watched one daring beggar looping loops,
Soaring and diving like some bird of prey.
And through it all I felt that splendour shine
Which makes us win.'
The soldier sipped his wine.
'Ah yes, but it's the Press that leads the way!'


Earlier this year there was a brilliant BBC programme, Wipers Times, based on the true story of the men who produced a satirical magazine in Ypres. The writers and editors completely understood the dark humour and feelings of the ordinary soldier.
Sassoon knew as well. Another poem captures the often simple dreams and wishes of the Tommy serving in the trenches. The last line is particularly poignant.


Dreamers
Soldiers are citizens of death's grey land,
Drawing no dividend from time's tomorrows.
In the great hour of destiny they stand,
Each with his feuds, and jealousies, and sorrows.
Soldiers are sworn to action; they must win
Some flaming, fatal climax with their lives.
Soldiers are dreamers; when the guns begin
They think of firelit homes, clean beds and wives.

I see them in foul dug-outs, gnawed by rats,
And in the ruined trenches, lashed with rain,
Dreaming of things they did with balls and bats,
And mocked by hopeless longing to regain
Bank-holidays, and pictures shows and spats,
And going to the office in the train.

I'll be at the VINTAGE AND RETRO FAIR at ORSETT HALL HOTEL tomorrow!!

Come along to this amazing event, which will include the best vintage traders around, a vintage café and great music throughout the day....

I've got some fantastic things for you as always!!
Alongside my vintage inspired art, I've got an awesome array of vintage and retro items....

Including classic 70s Hornsea ceramics, a huge supply of corking comics, some brilliant retro footie games... AND, my stunning range of vintage style bags and brooches will be back as well!!!


Here is the address to find your way.... 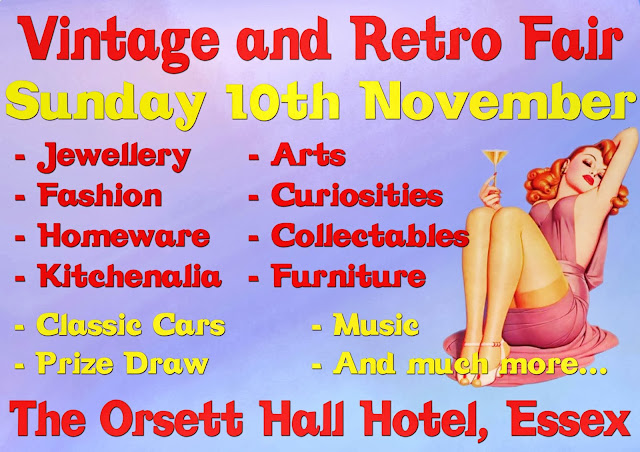