I have here an amazing original 1930s photograph used for film casting. 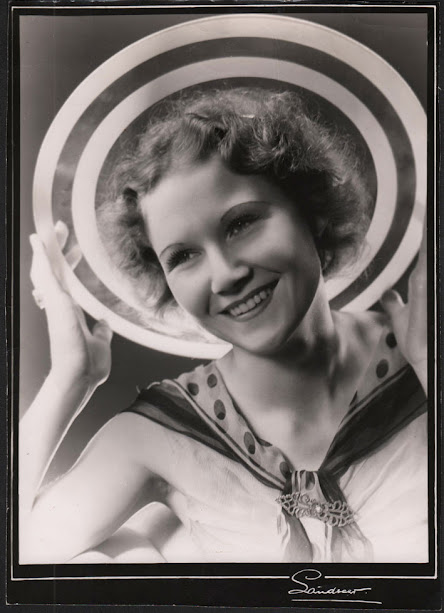 There is an air of mystery about the photo, as unfortunately I don't know who the actress is, and the company and its address on the back are proving elusive.

The company named is Sandseer, and there is nothing to be found online about them.

I presume it was a photographic studio, where casting agencies would send actors to be photographed for portfolios, which would be used by film studios when looking for actors.

And the address is odd as well ... given as Brown's Arcade, 92 Regent Street, London W1.

The is no modern reference to Brown's Arcade, and 92 Regent Street is just a shop front similar to all the others down there. I did wonder whether it was actually the refurbished Quadrant Arcade, as that is the only Arcade in Regent Street. But it's along the road a bit, and doesn't tally with the number 92.

Oh well, I thought the photo deserved a bit of colour added, as it looks like an outfit for a day down the beach on a summer holiday! 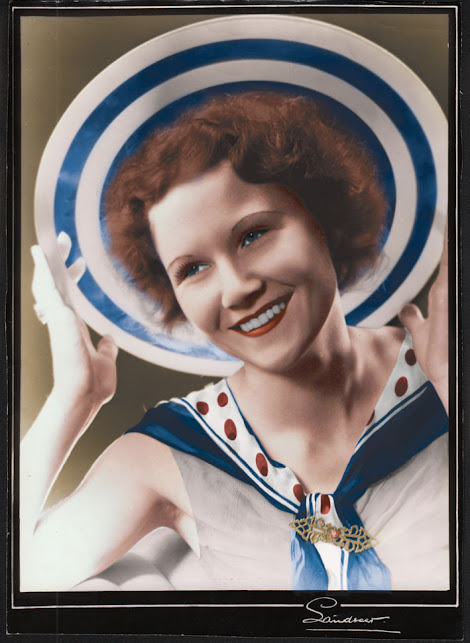