As the new football season dawns on us once again, I thought now is a good time to unveil my new collage of MANCHESTER CITY... 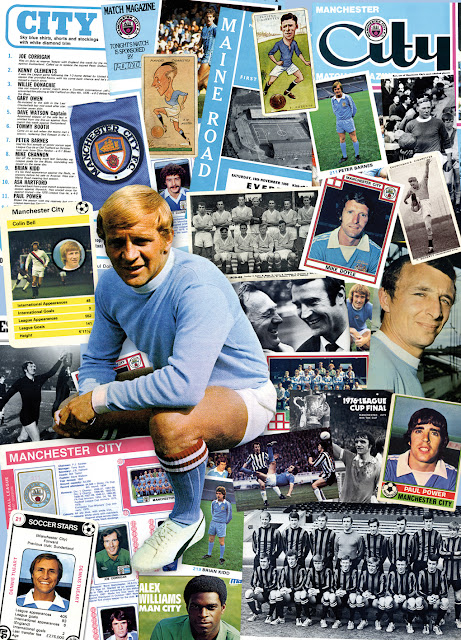 The newly crowned Premier League Champions seemed a perfect subject. New fans will be eager to learn of their new club and old fans can perhaps reminisce of simpler times!!

As with all my RETRO FOOTBALL collages I've spent ages plundering my collections, this time bringing you a real taste of the moneybags of Manchester's history.

Starting with the main picture, we have City legend Francis Lee. The expert penalty-taker who played a huge role in the club's trophy laden spell of the late 60s and early 70s.


My particular favourites are the cigarette cards from the 1920s that I found in an antique shop in Dorset. One featuring a caricature of S.W. Austin by the artist Mac and the other of City striker Frank Roberts drawn by Rip.

See who else you can spot in this collage!

I'll keep you posted of any new collages throughout the season. Let me know which teams you would like to see!

Check out all the teams I've done so far here:
http://www.mattartpix.com/#!pix/vstc1=footie