The eleventh hour of the eleventh day of the eleventh month is nearly upon us and with it comes a time of remembering.
Recently it has become a symbol for modern conflicts but we should never forget those who died in the two world wars. 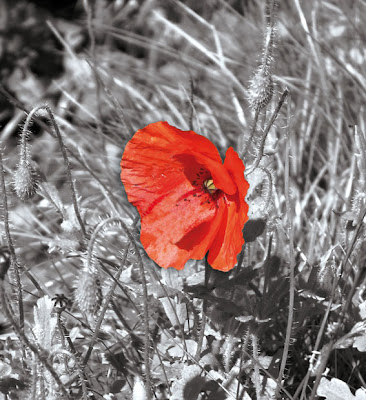 The picture here is of a lone poppy I found outside the Tyne Cot Military Cemetery in Belgium. 11,954 First World War soldiers are buried there and 33,783 are commemorated on Memorial walls, all of whom fought in the miserable Battle of Passchendaele in 1917. To tread anywhere in these fields is to tread where someone died. A humbling place. 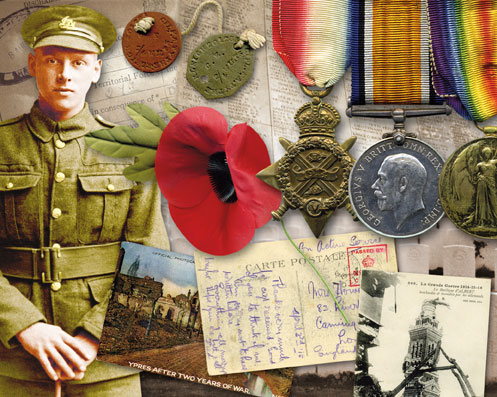 The collage, which I did this week, represents the Unknown Soldier. The figure who could be anyone's son, brother or father.

I read today that the Imperial War Museum in London is to close early on Armistice Day so a Tory Lord can hold a party there. I shall leave it to the brilliant Siegfried Sassoon to sum it up for us. As wars are never fought by the Lords, politicians or Generals, but by us, the ordinary people. Have we learnt anything?

“Good-morning; good-morning!” the General said
When we met him last week on our way to the line.
Now the soldiers he smiled at are most of ’em dead,
And we’re cursing his staff for incompetent swine.
“He’s a cheery old card,” grunted Harry to Jack
As they slogged up to Arras with rifle and pack.

But he did for them both by his plan of attack.

"The General" by Siegfried Sassoon 1917

LEST WE FORGET
Posted by Matt ArtPix at 16:36