I took this photo a few years ago of this rather forlorn but defiant looking old cinema. 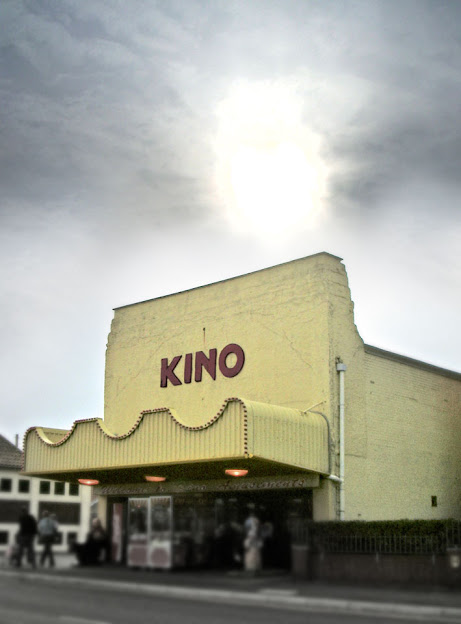 It stands on the seafront at Walton-on-the-Naze in Essex, and is called the Kino Cinema.

Built in 1916, it would've begun life showing silent movies, way before the talkies were even thought of. It strikes me as odd though, that the German word for cinema was used ... Kino ... being as it was right in the middle of the First World War.

It has a bold appearance, painted in yellow, with the huge front wall, and the striking KINO lettering picked out in red.

It's possible this was a later addition, as the architecture looks very Art Deco, and the font definitely does as well.

It closed its doors as early as 1951, and has been an amusement arcade ever since.

But it's as if the stardust of the movies has never left it, as she still looks proud.

Bit like a fading film star, who still has a bit of glamour about them.